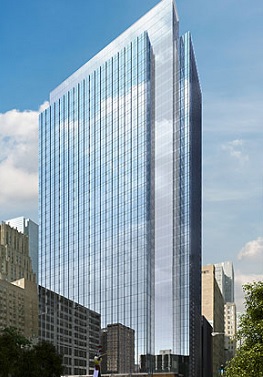 CMBS can eat anything: Amid overvalued vacant collateral, there’s a new trick: tenants are delaying rent payments and landlords are asking for forbearance.

The office segment of the commercial real estate market – and the debt and commercial mortgage-backed securities (CMBS) backed by it – experience severe fluctuations due to a combination of factors. Companies have figured out how to make working from home manageable. Other businesses are moving, leaving buildings vacant or postponing rent payments. Landlords whose cash flow from rents has suddenly collapsed are failing to make their mortgage payments or are asking for forbearance. And the CMBS are at the receiving end of the process.

That any return to the old normal for owners, banks and CMBS holders is just a dream is now increasingly accepted, including by Larry Fink, CEO of mega-asset manager BlackRock: “I don’t think any company is going to go back to 100% of the workforce in the office,” he said during a online event. “That means less congestion in cities. This means, more importantly, less need for commercial real estate.

This new era of office real estate comes on top of the problems now erupting: tenants are moving out for better digs, now that there are plenty available, or tenants are laying off people and possibly closing. So here are two specific examples of how this bleeds into CMBS.

In Houston, the office vacancy rate has been above 20% for years due to the oil crisis that began in late 2014. It was 22% in the first quarter, according to JLL. Q1 2020 report. The construction boom still in full swing in 2015 brought many brand new Class A office towers to market with little demand as oil companies lost office space.

Developers have tried to fill these new towers, and in doing so, companies have gone from their earlier digs to stunning new spaces – the ‘flight to quality’. JLL:

After the true scale of the COVID-19 crisis emerged, Houston market watchers are saying, “Here we go again.” Already beset by five years of skyrocketing vacancy, Houston’s office market could be heading for a double dip thanks to a struggling energy market and a worsening coronavirus situation.

JLL called it the market’s “split personality”: “strong demand” for new buildings “offset by a generationally high vacancy rate, weak tenant demand and a palpable sense of unease with the volatility of the sector. Energy”.

And JLL added that in addition to the “already weak quarter” in terms of leases signed, “the first quarter was further exacerbated by a virtual halt in rental activity in the last weeks of March.”

This is the environment in which the debt behind One City Center at 1021 Main St. in downtown Houston is exploding. This 602,000 square foot office tower is supporting $100 million in CMBS debt. The collateral was valued at $162 million when the debt was rolled into CMBS in 2015. And now it turns out, according to Direct commercial real estateciting estimates from DBRS Morningstar, the tower may be worth just $35.7 million.

The 32-story tower, completed in 1960 and renovated in 2010, had an occupancy rate of 68% in 2019. Its largest remaining tenant, Waste Management, which occupies 40% of the space, decided not to renew the lease that ends in December 2020. Instead, he will move into the brand new Capitol tower a few blocks away.

Also a few blocks from One City Center is the 1 million square foot Texas Tower which is slated for completion in 2021.

So this $100 million mortgage, spread over two CMBS, will be backed by a mostly empty old tower that can’t compete with the vacant new towers that are sprouting up, and which may be worth around 36% of its debt – and around 22 % of his last “assessment”.

This theme has spread throughout Houston: newer towers are attracting tenants from older buildings, and older buildings are emptying out and turning into wildly overpriced collateral. Creditors and CMBS holders are starting to tackle it.

In San Francisco, the nuances are different. This is not the oil bust, but the startup bust and the accompanying Softbank bust. So here is an example of how this affects CMBS.

The five-story, 54,400-square-foot office building, built in 1984, at 55 Green Street in San Francisco’s North Waterfront submarket is collateral for a $36.6 million loan, which was issued in late 2019 and now accounts for 3.2% of collateral in CMBS COMM 2019-GC44. He was put on the repairer watchlist in April, according to a memo sent by Trepp, which added, “The watchlist comment noted that relief was sought as a result of COVID-19.” 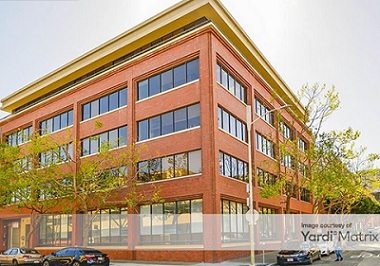 The building’s sole tenant is peer-to-peer car-sharing unicorn Getaround, which leased the space in October 2018 after receiving $300 million in funding, led by SoftBank. Getaround moved into the space in April 2019. In September 2019, Getaround raised an additional $200 million, led by SoftBank, with investors agreeing on a “valuation” of $1.7 billion, according to Tech Crunch. Fancy offices are the kind of thing where start-up funds were wasted.

About four months later, in January 2020, long before the virus began to wreak havoc among startups, Getaround became SoftBank’s latest gem to implement collective redundancies150 people, about a quarter of its workforce.

On March 20, as Getaround began to run out of cash, sources said Bloomberg that if it couldn’t find a buyer or get a cash injection, it might consider filing for bankruptcy.

Before March 27, Getaround cut off 100 other peopleabout another quarter of its remaining workforce.

The days of business are numbered. And even if he survives in a shrunken form, he won’t need as much desktop space. With the only tenant gone, this entire building would be vacant and generating no income, and the CMBS mortgage would likely be in default.

The building had been purchased for $29 million in 2018 and then “repositioned”. To make it look good to investors when the $36.6m loan was securitized in 2019, the collateral was “valued” at $64.3m, giving it an attractive loan-to-value ratio but now likely false by 57%.

These types of scenarios are now playing out across the country: overvalued office buildings that are now losing tenants are the collateral for mortgages that have been securitized into CMBS.

And on top of that, many of those staying tenants are delaying rental payments. This caused homeowners to seek forbearance on their mortgages and disrupted the entire CMBS market.

According fitch reviewsacross all types of CMBS, not just those backed by office buildings, 5,420 lead borrowers (landlords) contacted their manager to request relief in the last 30 days, representing 17% of the $584 billion dollars of CMBS that Fitch had surveyed, based on data from top master CMBS managers (Wells Fargo, Midland Loan Services, KeyBank National Association and Berkadia Commercial Mortgage).

As for the office segment, and the credit and securitization apparatus that underpins it, and the inflated “valuations”, it’s all based on: There’s no going back to the old normal . A shake-up has now begun, and when the shake-up is over – it could be a slow process – there will be a new era of oversupply of office space and chronically weak demand.

No one has ever seen a mess like this before. Lily... Wholesale volume of used vehicles plummets, prices drop: mega pain for automakers, leasing companies, car rental companies, banks, bondholders and shareholders

Do you like to read WOLF STREET and want to support it? You use ad blockers – I completely understand why – but you want to support the site? You can donate. I greatly appreciate it. Click on the mug of beer and iced tea to find out how:

Would you like to be notified by e-mail when WOLF STREET publishes a new article? Register here.